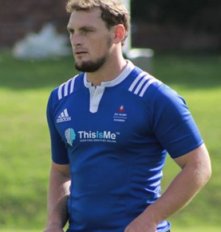 I was born in 1995, a significant year in the history of South African rugby! My very first gift, at the age of 2 days old, was a rugby ball, from my uncle. This is where it beganâ€¦   I have been playing team rugby since the age of 5, starting at pre-school and continuing at Suikerbos Primary with oom Lukas and oom Kelvin:  one a Bull supporter and the other a Shark! I played rugby throughout my primary school years, and was in the A-side in each age group, winning the local league for three consecutive years. In Grade 5 to Grade 7, I was selected for the first team, and also for Bokkie-week in two years. Our provincial coaches for u/13 Bokkie-week were Hannes Grobler and David Mey. Our highest achievement as a team was reaching the semi-finals against the Bulls team, who went on to win the tournament that year.

I began my high school career at Vereeniging Tegniese Hoerskool (Bakkies Bothaâ€™s alma mater). In that year, playing against Hoerskool Hugenote, in Springs, I experienced a serious rugby accident, in which I fractured my back and pelvis. This took me out of rugby for that season. I then moved to a private school, Word of Life, to focus on my academics. Word of Life did not offer rugby as a sport, so once I was declared fit to play again, I continued my rugby career by playing for General Smuts High school with Mr. Andre Botha, as my coach. I later joined the Vereeniging Hoerskool u/16A team. At the same time, I played for the Tegniese Hoerskool (HTS) Rugby Club and we were the runners-up in the u/16 Southern Gauteng Club League.

In 2012, after having obtained my Cambridge IGCSE at Word of Life, I made the decision to move to a school that offered rugby as a sport.  I moved to Parktown Boysâ€™ High School (PBHS), where, being a newcomer, I was put into the third team. In the second game, I was moved to the Second team where I played 8th man, and then asked to bench for the First team. I soon moved up to start for the First team where I have played at lock and or Flank when required. Since 2013, I have started in 85% of the games, been brought on as an impact player in 14% of the games, and have missed 1 game due to concussion. In the current season,in 2014 I have 100% starting and completion record for all games, starting at hooker, and sometimes being moved to lock for strategic reasons. I have been chosen to represent the Lions U/19A team at the PUK WEEK from 29th June to 3rd July 2014. 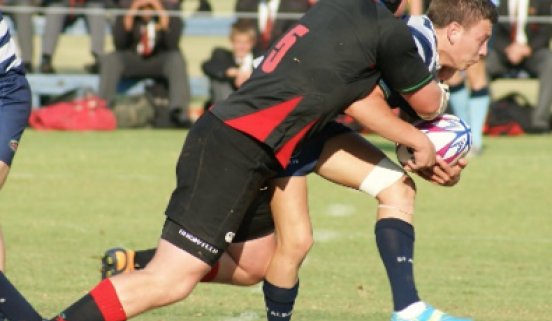 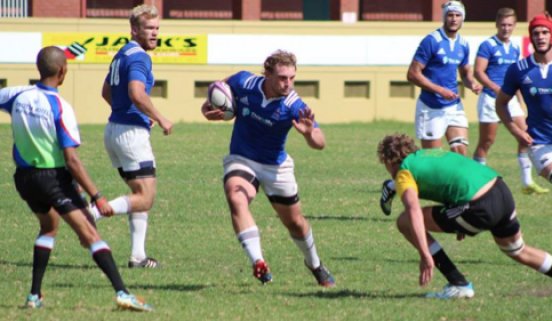